Focuses on strategies in Digital, Content and Inbound Marketing. Special industry knowledge in Healthcare and Pharmaceuticals, sports and triathlon, but a constant learning individual who loves to get involved with new clients, industries and areas. Loves his activities as Digital Marketing Trainer and Workshop leader which allows him to get educated ongoing.

Working in the field of Digital Marketing since 1998 and worked on about 1000 projects. Had a career as eMarketing manager in the Pharmaceutical industry and Digital agencies in various functions as Art Director, Concept writer and Creative Director.

Is a passionate athlete and father of two lovely little monsters. Always has a jar of nuts on his desk, but has bicycles instead of paintings on his wall. Is a coffeeholic with a penchant for meetings over breakfast, lunch or alongside a nice glass of beer or wine.

Find out more about René here. 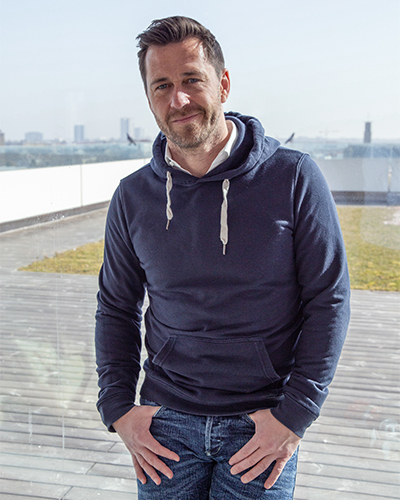 It was clear from early on that Victoria wanted to study "something to do with media". Even as a small child, she was enthusiastic about media and had the dream of becoming a presenter. Back then, she made her own weather map to present the weather in front of her father's camera. She regularly invited friends to do interviews on her invented TV show. During her Bachelor's and Master's studies in digital media management at the University of Applied Sciences in St. Pölten, she completed several internships at radio stations. She finally specialised in content management, always keeping an eye on everything.

After gaining experience in the marketing department of a pharmaceutical company, she now coordinates projects at Content Glory and works in account management.

When she's not bringing order to chaos, she's on horseback. She has been vaulting since she was six years old and has now retired from it but still does it as a hobby. 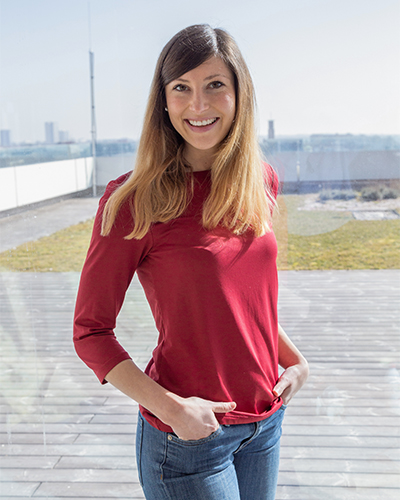 Sonja has been involved in the marketing and communication industry for no less than 25 years. Apart from her studies of journalism and economic sciences she always nurtured a special interest in healthcare, which is why she took on a job as a doctor’s assistant while pursuing her academic career. After teaching international marketing as an assistant lecturer at the Vienna University of Economics and Business, she took up writing texts for content agencies and publishers in the healthcare industry. As project manager and freelance editor she has already published her articles in numerous healthcare magazines in print and online.

At Content Glory she enthusiastically engages in writing articles for diverse audiences. Whether it be creative texts, marketing projects, themed cakes or redesigning her own house and garden – she simply loves to create tailormade solutions.

Sonja regularly exceeds her phone’s storage space by capturing natural landscapes or shared moments with her husband, children, dog “Boki” and friends – really by taking pictures of just about everything. She is very health-conscious in a non-fanatical way and, not averse to culinary pleasures, takes in ice cream and chocolate for the benefit of her mental well-being at times. 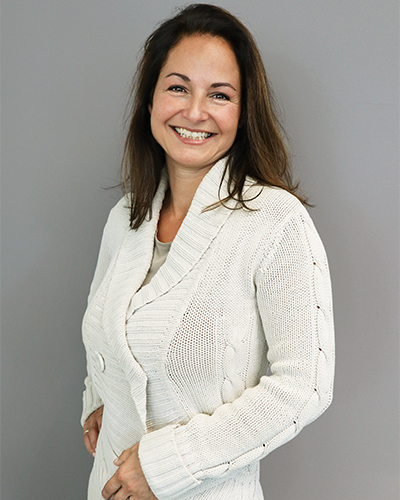 Her two great passions crystallised early on: music, on the one hand, and literature and the writing associated with it on the other. Therefore,  it comes as no surprise that she completed two studies in foreign languages and jazz singing and combined them with stays abroad in Barcelona and The Hague.

As a Western Styrian with urban tendencies, she ultimately moved to Vienna, where she now finally works in her preferred industry. Through experience as an online and radio editor she landed at Content Glory, where she now takes care of our content babies as content creator and manager.

Whenever she's not writing, she sings in a band and composes the occasional song on her electric piano. Alternatively, she once again fights against the overflowing mass of her wardrobe by sorting out vintage clothes, only to look for new ones at the next flea market. What you can't deprive her of: coffee, the smell of books and freshly printed pages and – finally – 80s music, which she likes to dance to. 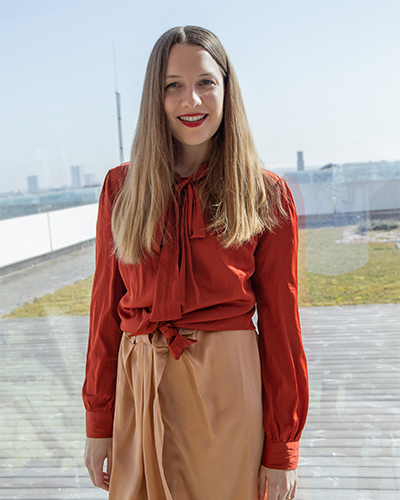 Loves stories and history. After reading her first Asterix comics as a child, she knew there would be no way around these two passions in her life. After graduating in history she engaged in several internships with various media and ended up at a private radio station in Vienna. At first assigned to social media agendas merely due to a lack of personnel, the verbal acrobat from Carinthia found herself developing a knack for it and became a true digital native. After a previous working experience at a marketing agency she found her personal perfect match with Content Glory, where she supports our team with her thirst for knowledge, writing skills and manifold social media wisdom.

In her leisure time you will find her, very cliché-like for a former history student, hanging out at flea markets and museums or deeply absorbed in a romantic historical novel. What could possibly lure her out of her natural habitat is good food and a nice glass of wine. 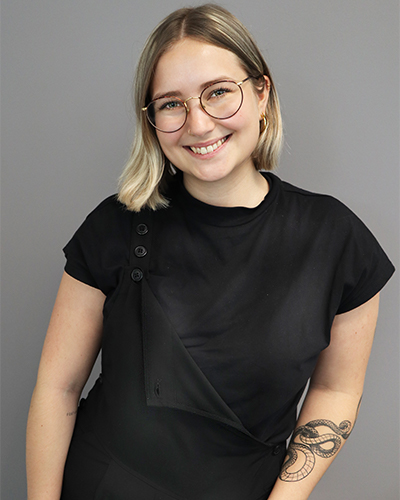 Equipped with a great fascination for health topics and a joy for writing, she has found the ideal playground to unfold her passions at Content Glory. With a bachelor's degree in anthropology, the study of human beings, she is an expert on topics related to science and health. She sees it as her secret mission to give exciting content exactly the audience it deserves through her editing.

Previously engaged in writing scientific texts for clients and in project management, she can now finally live out her creative side at Content Glory.

When she's not polishing content, she's puzzling over how the brain and behaviour works while doing her Master's degree. In her free time, she likes to go on adventures in nature. Moreover, her love of animals borders on fanaticism. In short: she fulfils all the clichés of a biologist. Apart from pets, she is also easily bribed with culinary delicacies and green tea. 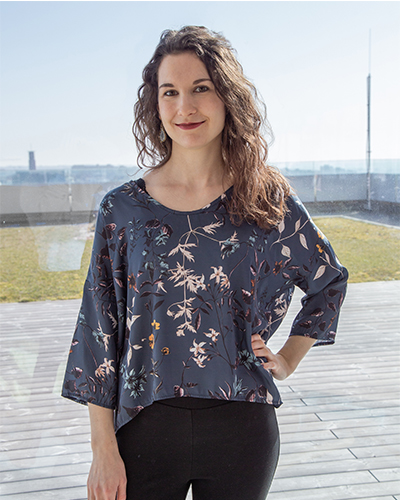 As a young girl, a fancy ring on each finger and never at a loss of words, she felt most at home when surrounded by pens and paper.

Later on she fulfilled her own vision of graduating from the Vienna School of Graphic Design, specialising in graphic- and communication design. Sarah often remembers her time as a school rep, when she first became aware of the importance of communication in the context of graphic design. She is currently studying economic and social sciences at the Vienna University of Economics and Business, where she intends to deepen her knowledge about marketing. At Content Glory, she is excited to apply her design skills and add her love for detail to the mix.

Sarah’s three major passions are – not surprisingly – graphic design, marketing and communication. Occasionally she finds herself spending too much time on social media channels, checking out the latest food trends or openings of small bars and pop-up stores around town. She’s always in for a crazy party, evenings at the cocktail bar or spontaneous coffee dates with friends. Also, do count her in when it comes to planning your next trip: she could be your favorite travel buddy. 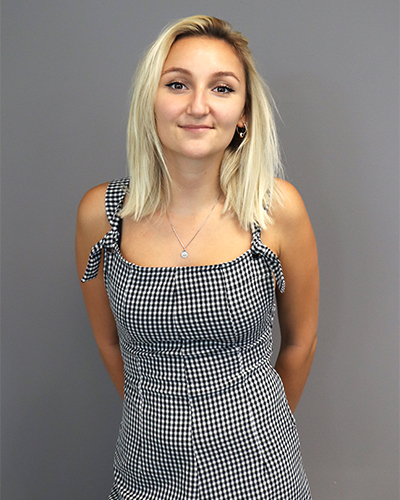 While her writing skills adapt to all kinds of styles and topics, in the end it is always a matter of life and death – of the story. Hence, what her mother once called the “ingenious way of seeing the irrelevant”, could gradually evolve into the “ingenious ways of seeing the seemingly (!) negligible”. Which is generally known to be essential when it comes to good content.

Her vision is backed up by a multidisciplinary educational background gained at the University of Vienna, the Sorbonne Paris IV and London School of Journalism. The outcome has been successfully tried and tested in the most diverse industries between Vienna and Beirut. In Lucia’s opinion, the world is a village. Nonetheless, she still manages to get lost in her hometown Vienna on a regular basis. Fuelled by her spirit of adventure, however, she would register such detours as spontaneous fact-finding trips and move on happily ever after. 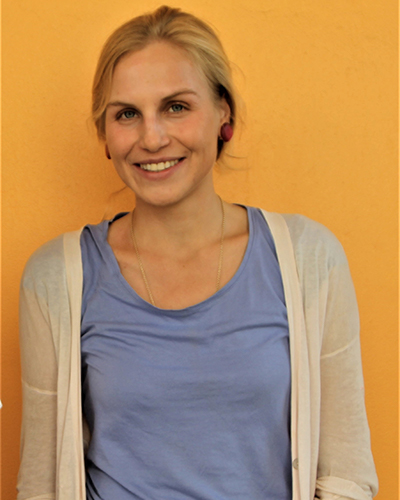 He is a creative primary rock from a time when he still spent his working hours with phototypesetter, light table and darkroom and has been digitized by PageMaker and Apple LaserWriter since 1990. Since then, he could unfold his  enthusiasm for typography and design.

Markus ran into Mr Neubach more than ten years ago. Since then their paths have crossed again and again, sometimes in running shoes, now and then for a beer and more often in a professional context.

Since 8.8.88 (!) he owns a trade licence for advertising graphics and lives with one and the same woman (!!) for just as long. Has enriched his life a good dozen years ago as a father with a fascinating facet. Last but not least the desired keywords: Family, Marathon, Waldviertel, Craft-Beer, Books, Deep snow, Design, Gastronomy philosophy. 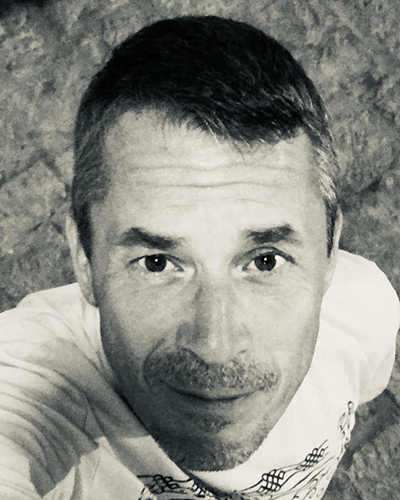